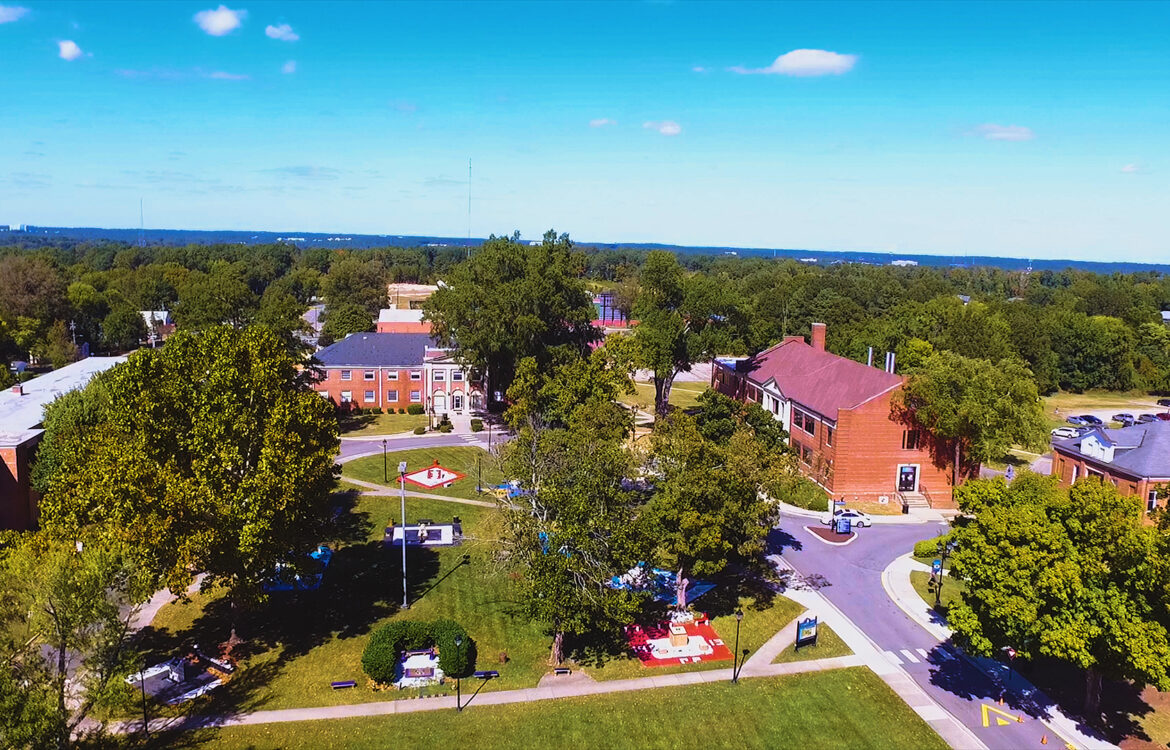 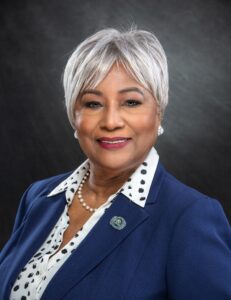 At the biannual Faculty and Staff Development Institute, Dr. Christine Johnson McPhail praised the accomplishments of various departments and faculty members as they prepare for the upcoming semester at Saint Augustine’s University (SAU).

“In the eighteen months since I’ve been [at SAU], it’s been an exciting journey. I’ve learned a lot about SAU, and the more I learn, the more I want to know about the various organizations and groups in our community,” said Dr. McPhail, President of Saint Augustine’s University.

Her time at SAU has also shown her various opportunities for the university to grow, expand, and flourish as part of the Reimagining SAU Initiative. She has also seen instances where the university has evolved and improved thanks to the dedication and commitment of SAU’s faculty and staff.

Along with President McPhail, SAU faculty and staff heard updates from the rest of SAU’s leadership team on items such as donations and giving, technology, research, and challenges faced by the university. With all the changes made and those coming down the pipeline, President McPhail reiterated the priority of reimagining SAU beyond the upcoming semester.

“If we want to stay out front as a premier university, we need to stabilize enrollment, enhance infrastructure, enhance curriculum, strengthen business practices, and rebuild internal trust,” said President McPhail when discussing the priorities and goals of SAU for 2023.

Such updates included the development of the School of Exercise Science’s new mentoring program, Men of Saint Augustine’s (MOSA), and the restructuring of the School of Arts, Social Sciences, and Communications to include the return of 2009 alumnus Dr. Jonathan Glenn as the new Chair of the Department of Criminal Justice. In addition, the Accreditation Council for Business Schools and Programs (ACBSP)-accredited School of Business, Management, & Technology reported successful student summer internships with corporations such as The Walt Disney Company and Credit Suisse, along with nearly the entire faculty roster nearing the completion of their terminal degrees.

At the same time, the School of Science, Mathematics, and Allied Health reported progress in active and pending grants with the National Science Foundation (NSF), along with numerous faculty engagements in various workshops and publications within their respective fields. It also highlighted several student summer internships with entities such as Lenovo, NetApp Software, Stanford University, and Johns Hopkins University, along with graduate school acceptances to institutions such as Grand Valley State University and Brown University.

The newly restructured School of Education and General Studies also announced its intentions to pivot toward the implementation of 21st century practices and processes to reach the students of the modern age. Additionally, the School of Graduate Studies plans to graduate its first cohort from its online Master of Public Administration (MPA) program during the Fall 2022 semester.

As the university changes and moves forward, President McPhail believes the accomplishments of faculty and staff at SAU go beyond academic and technical support. President McPhail praised staff for their dedication to the students at SAU and for “going the extra mile” for them, which she believes is “unparalleled in higher education.”

The opening of the Faculty and Staff Development Institute was filled with a variety of information, developments, and updates that reflected a bright future for SAU as the faculty and staff reaffirmed their commitment to reimagining and revamping the university in the upcoming year.